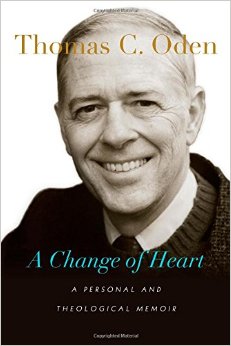 It would be hard for me to overstate what the work of Methodist theologian Thomas Oden has meant to me since I first encountered it almost twenty years ago.  Simply put, Oden helped pull me away from the ahistorical fundamentalism of my youth into the exhilarating and liberating fields of orthodoxy and classical Christian truth.  A Change of Heart is Oden’s fascinating tale of his journey into, through, and then out the other side of radical activist theological faddishness on his journey toward orthodoxy.  It is an enthralling tale covering a dizzying array of 20th century theological movements, most of the leaders of which Tom Oden either met, worked with, or knew.  He mentions a lot of names, but amazingly one does not get the feel that he is “name dropping.”  Oden has walked too long a road for such foolishness, and the reader will no doubt see his earnest intentions if he reads this memoir with any sense of charity.

Oden is a man who has thought deeply about Christian truth.  He walked in the fields of radical leftist ideologies for quite some time, contributing to its literature and its institutional manifestations.  He drank deeply from the well of modernity and turned his keen mind toward the defense and advancement of its premises and worldview.  Then a colleague challenged Oden to consider the foundation on which he had built his career to that point. More so, he told Oden that he would never truly be a Christian theologian until he entered the world of the early Church fathers and classical consensual Christianity.  What Oden found there shook him to his core.  He found that these earlier generations of believers were not the simplistic and often grotesque caricatures that the intelligentsia of the radical left had painted them to be.  Rather, they were deeply passionate men and women of God who, while imperfect and prone themselves to error (as are we all), passed on the core of the faith to each successive generation.

Oden was overwhelmed by the beauty of Christianity in its purer forms as opposed to its hyper-modernistic recasting.  As a result, his earlier assumptions and extremes began to give way beneath the deep wellsprings of Christian truth.  It changed the trajectory of his life and, ever since, he has become perhaps the leading Protestant champion of the reclamation of patristic wisdom, conciliar Christian truth, and a robust orthodoxy alive today.

This story is very well told and is insightful, challenging, and convicting.  Of particular interest are the anecdotal stories of Oden’s encounters with the theological giants of the 20th century and of his insider’s look at the workings of leftist theological institutional life.  Furthermore, his account of how the Ancient Christian Commentary on Scripture (of which he is editor) came to be is fascinating as is his explanation of his current work on the history of African Christianity.

Oden is an elderly man now, but it is clear that his mind is still sharp and his heart attuned to the beauty of the gospel.  The Church today is stronger because of the work and insights of men like Oden.  I, for one, am deeply appreciative of the man and his work and wish him many more long years and published works!